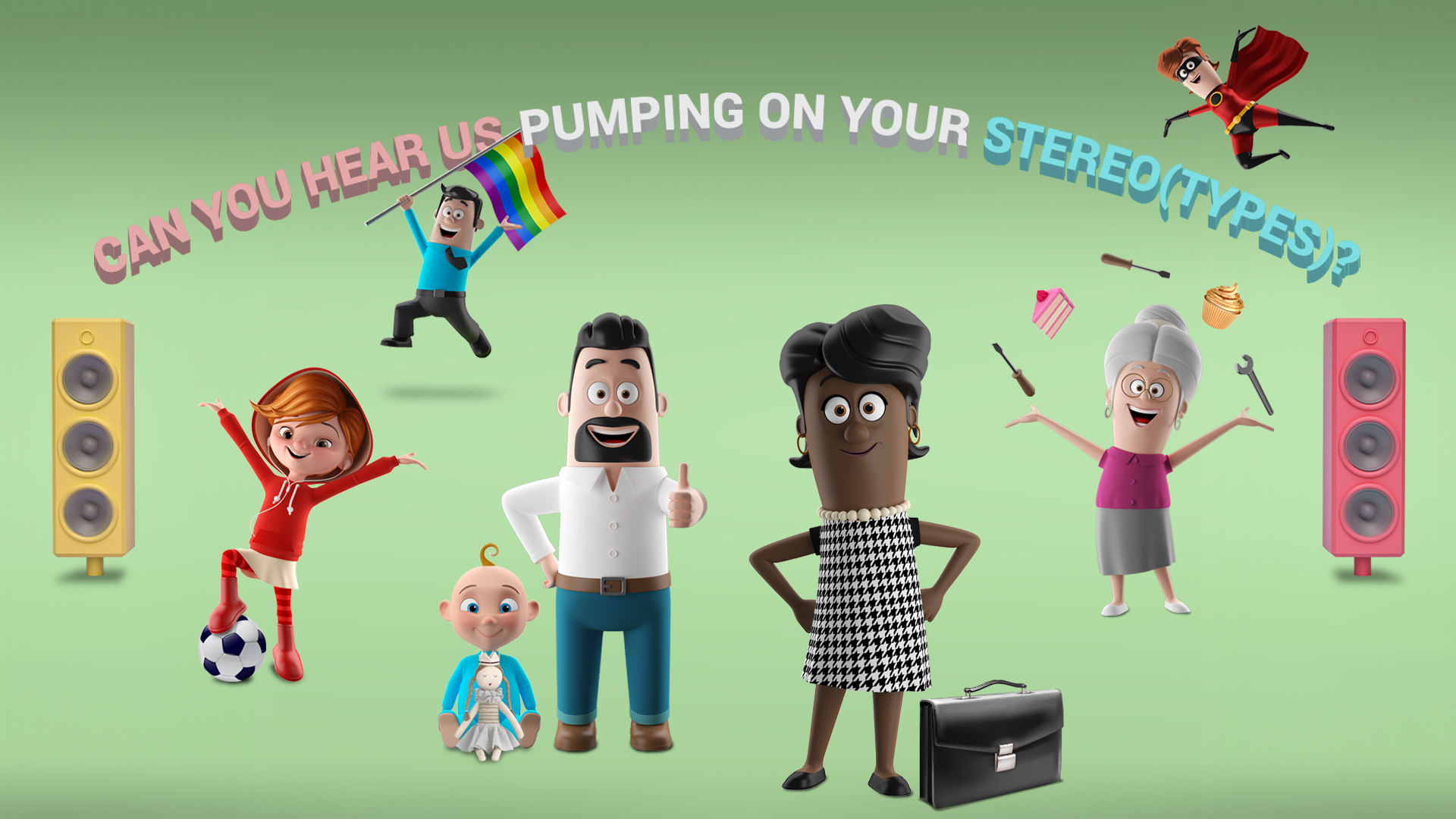 Efthimios Charmalias Art Director
Can you hear us pumping on your stereo(types)?
It’s the holidays and you are watching your favorite Christmas film. During the commercial break you catch an impressive advertising spot. The colors are warm, the music is great, the actors are all beautiful, sweet, flawless. In it, with a face glowing with happiness, a child receives a long-anticipated gift; a brand new, pretty doll. Now, can you guess the gender of the child? Well, it’s obvious, isn’t it? It is, of course, a girl. What else could it be? Have you ever wondered why a boy wasn’t casted in that role? Or why you almost never watch a father change the diapers of his baby unless it is portrayed in a humorous way where the helpless father messes up? Or how come the working mother is always the one struggling to manage everything, while the father is always in the clear?

A girl plays with a doll and holds her as her baby, because that is what’s expected from her in our society. But what about that so-called equality, diversity and acceptance?

The answer is simple – and it consists of two words: gender stereotypes. A girl plays with a doll and holds her as her baby, because that is what’s expected from her in our society. When she grows up, she is supposed to become a mother and spend her days changing her child’s diapers; that is a woman’s purpose in life. But is it, really?

How smart is it of the advertising industry to keep on betting on these stereotypical behaviors?

Well, what about the girls that don’t really care for dolls but instead prefer to play with cars or footballs? What about the dads that are the ones in charge of going to the supermarket – and like it? What about that so-called equality, diversity and acceptance? In a rapidly changing world, where gender roles have expanded and even the idea of gender has been re-invented, but at the same time gender inequalities are still battled, how smart is it of the advertising industry to keep on betting on these stereotypical behaviors and character portrayals? Isn’t it time advertisers and brands start keeping up with real life? Since the emergence of Social Media, images of ordinary people that don’t look like models, thus redefining beauty standards, or people that challenge the conventional definitions of stereotypical gender roles, have taken over, projecting a more real, healthier take on life. Also, Digital Media gave audiences the ability to connect deeper with brands and not just expect, but demand clarity and honesty. Those limiting portrayals of gender that once used to work “so well” for advertising, no longer make sense. It is unthinkable to still suggest that a woman’s only way to get the attention of her employer is her looks. Not only because the “Me too” movement has taken place and has been heard loud and clear or just because it is not politically correct, but because women are no longer the poor and weak employees (not that they ever were). Women, more often than not, are now the employers. And they have their intellectual capabilities to thank for that. It is also enraging to keep watching commercial after commercial showing men completely satisfied with just a remote control and a cold beer after a hard day’s work. It is so outdated, this notion that men only care about sports, liquor, and beautiful women. People are more skilled and more complex than that. They have so many different thoughts, emotions, and interests. It is about time we heard them.

Those limiting portrayals of gender that once used to work “so well” for advertising, no longer make sense.

It is it not ok to have all mothers-in-law portrayed as ugly, mean, old women while the fathers-in-law are their helpless victims. It’s not real, it’s not fair, and what is worse, it’s not even funny nor creative. At least, not anymore. The first is ageist and misogynist while the second is plain stupid. Ask yourself, how can a man, in a man’s world, end up like a pathetic creature with no opinion about anything? An empty shell, that exists only so that we can make fun of him. Society has changed. Advertising reflects our society but simultaneously plays a part in shaping it. We are at a moment in history where advertising feels a bit behind of its time. Traditional ways of representing gender need to change. Using stereotypes altogether must stop. Because it’s not only gender. Class, racial, economic stereotypes are unfair, hurtful and damaging too.

Being able to identify oneself with what is shown on the screen gives credibility to brands and helps create a feeling of belonging.

Today it’s all about representation, inclusivity and realness. Being able to identify yourself with what is shown on your screen. That gives credibility to brands while it also helps the audience feel like they belong in their society. That they are not alone; that there are others like them.

With more data than ever before, it’s time to re-examine traditional marketing stereotypes.

The same thing applies to media targeting. Stereotypical assumptions such as “men watch sports and play video games while women like variety shows airing on the midday zone” are just that, stereotypical assumptions. With more data available than ever before, it is time to re-examine traditional marketing stereotypes; dig deeper. Much, much deeper. Advertising, and the brands it represents, need to rethink all those stereotypes in order to keep in touch with the real world and not fade away. The change is real, the commotion is here. It’s time to open ourselves up, expand our minds and dive into the future. We are ready for the next step. Are you coming?

Back to Our Blog 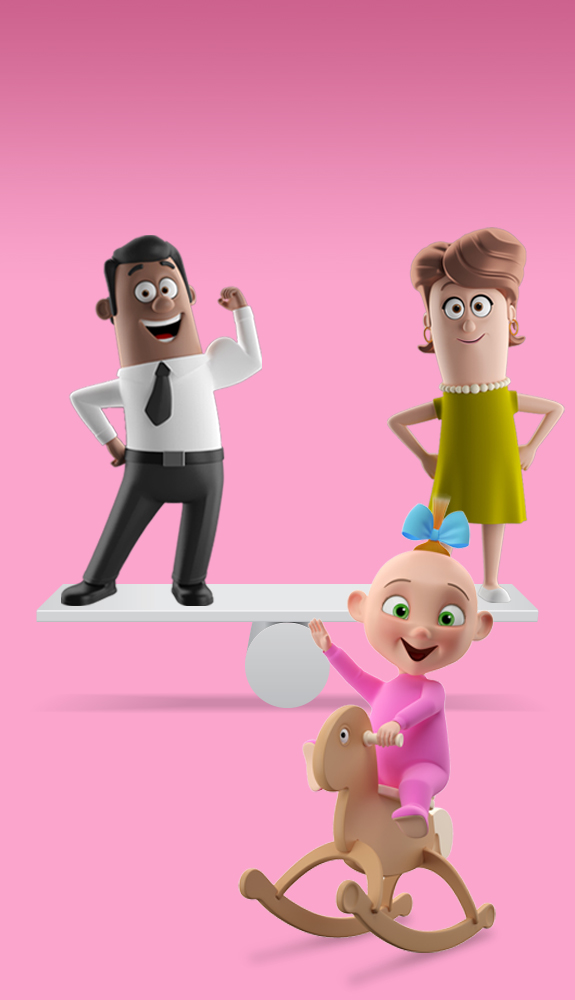